By Shelly Daniels on Wednesday, January 9, 2019 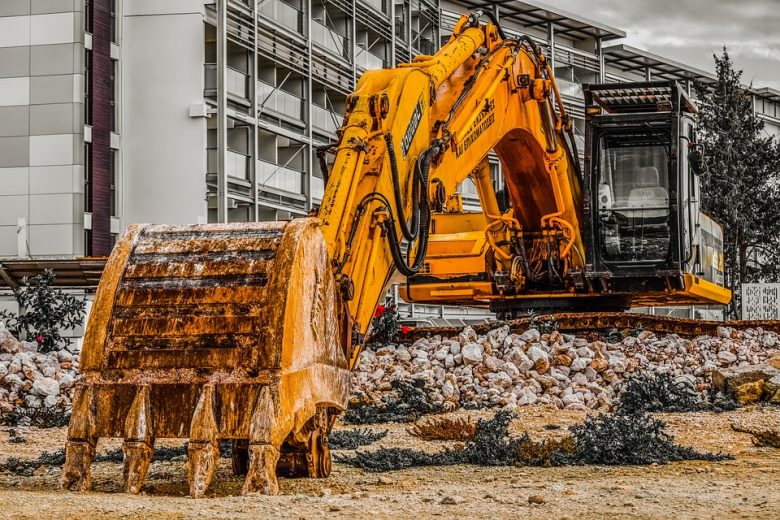 Modern construction jobs rely on heavy equipment no matter how large or small they are. From major civil engineering projects to commercial development to humble home-building, heavy equipment is essential. A significant amount of the equipment required falls into the category of earth-moving equipment. These are machines that move soil and rock around to make excavations and change grades. Other pieces of equipment are vital for handling building materials, demolishing existing structures, and erecting new ones. On many job sites, multi-function machines fill a variety of different roles.

An excavator is a versatile piece of heavy equipment suitable for a range of jobs. Most examples are built on a pivoting central cab capable of rotating through 360 degrees of motion. The excavator’s work is done by a long bucket arm; the machine is controlled by an operator seated in the cab in a position of maximum visibility. Excavators can be either wheeled or tracked, with tracked models being slightly more common. In order to extend their utility, excavators can be fitted with many different attachments. Common tasks handled by excavators include:

“Backhoe loader” is the proper name for the piece of equipment commonly called a backhoe. These machines have a general tractor-type body. Most examples have an adjustable shovel in front and a smaller digging bucket in the rear. Many backhoes are classed as “medium-sized construction equipment,” and they often work on smaller jobs where bigger machines will not fit. Backhoe loaders are capable of moving earth, digging holes and trenches, placing pipes, and backfilling excavations. Most backhoes are mounted on wheels. This gives them another significant advantage; their maneuverability makes them a good fit for congested urban job sites. A backhoe’s rear bucket can be replaced so that it’s equipped to dig a trench of a specific width.

A bulldozer is a common, powerful, and reliable piece of heavy construction equipment. Typically one of the largest and heaviest machines used in construction, bulldozers are ideally suited to moving large quantities of earth across large open spaces. The bulldozer’s primary tool is a wide front-mounted blade. The blade’s angle and height can be adjusted thanks to a pair of hydraulic pistons. Bulldozers are best suited to earth-moving. Bulldozers are capable of rough or fine grading, although the size of the machine limits its precision. Heavy bulldozers are even capable of crushing large boulders.

The skid-steer loader is a hugely versatile machine, and this has made it extremely popular on modern construction sites. Small and highly maneuverable, skid-steer loaders are able to turn a full circle inside their own footprint. This makes them perfect for use in confined spaces or areas where delicate construction work has already been completed. Driven by wheels, skid-steer loaders retain good traction in adverse conditions, e.g. snow or mud. The vehicles’ small size and wheels keep their ground weight low. This reduces the amount of damage and soil compaction they cause when they’re driven over a surface. Skid-steer loaders can be equipped with many different attachments to expand their functionality. They can handle digging, compacting, drilling, jack-hammering, snow blowing, log grappling and more with the right equipment.

A motor grader is a machine designed for precision grading work. They can also move earth is small quantities. The primary tool of the motor grader is a long blade with fine angle adjustment. Some graders may also mount a secondary blade ahead of their front axle. Specialized motor graders are designed for use in underground mines. Motor graders are most commonly seen being used to finalize the grading of dirt or gravel on a rough road or preparing a road base for asphalt application. In some situations, graders are also used to create slopes and ditches for drainage. The machine is capable of cutting a ditch with a shallow v shape.

The primary purpose of the trencher is clear from its name. Trenchers are most often used to cut narrow trenches used for laying pipe or cable. Trenchers come in a very wide range of sizes. “Walk-behind” trenchers are available for the smallest jobs, while much larger models are built tough enough to cut straight through pavement and other such hard materials. Larger trenchers are equipped with an integrated conveyor system to deposit the material they excavate next to the trench. Digging implements on trenchers can be changed out to match the material being cut through and the depth of the trench required.

Scrapers are designed to move earth and aggregate material around a site quickly. They are ideal for digging, leveling, and grading on an industrial scale. Scrapers are generally very large and intended for use on wide-open sites where they can operate at high speed. Self-propelled scrapers may be called “motor scrapers” to distinguish them from “pull scrapers” that need to be towed behind another vehicle.

The dump truck is a necessity on almost all job sites. Dump trucks are capable of moving and depositing all sorts of material, including very heavy loads. Dump trucks are road-worthy, allowing them to remove and deliver material virtually anywhere. Dump trucks are built at many different sizes to suit the needs of different projects. Their scale stretches from the commercial utility truck fitted with a dumping bed to the enormous heavy trucks built for use in mines.